This Week on iROKOtv: We are celebrating Ini Edo!! 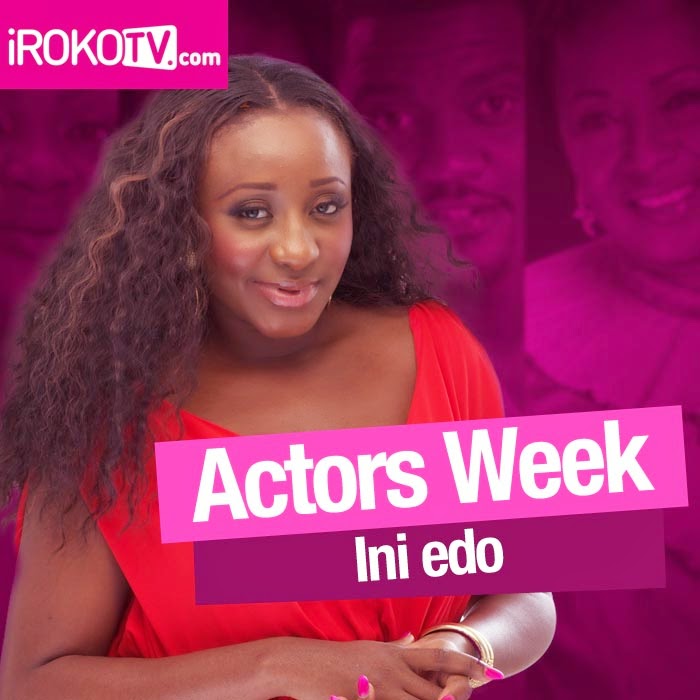 Ini Edo began her Nollywood journey during a school strike
in 2000, when she accompanied a friend to an audition, landing herself a role
in the movie ‘Child of Destiny’. However, her breaking role was in 2004, where
she starred in a Nollywood movie titled World Apart…Since acting, Ini has
opened a new chapter in her career by executive producing movies such as
Memories of the Heart, I’ll Take My Chances and Knocking on Heaven’s Door.
Ini Edo is a GLO Ambassador, Globacom being one of the
leading telecommunication brands in Nigeria. She is happily married to Phillip
Ehiagwina and heavily involved in charity works.

Evil Intention  (2010)
A young lady finally agrees to the tempting proposal made by a man who is searching for a decent woman to marry his father. However, she finds out that she has bargained for much more when her new groom begins to unveil his ulterior plans. Kenneth Okonkwo, Ini Edo, Tonto Dikeh
Raindrop (2011)
A successful career woman panics when she is unable to a bear a child for her husband. As a prince, tradition dictates that he is bound by law to bear a son before being crowned king, which puts her in a very uncomfortable position. Ini Edo, John Dumelo, Frank Artus, Ruth Kadiri.
Street of Blood  (2006)
A Nollywood scriptwriter and drug addict has lost his inspiration, so when he gets a chance of a lifetime to write a Hollywood script 2 million dollars he takes drastic measures to get his inspiration back. Nonso Diobi, Chioma Chukwuka, Ini Edo.
Eye of the Gods (2004)
An obnoxious, self-serving princess is outraged when a commoner is picked as a husband for her by the oracle. She becomes increasingly jealous of the maiden who is betrothed to the handsome man that she secretly covets. Ini Edo, Muna Obiekwe, Stephanie Okereke
Breathe Again   (2008)
A harmonious marriage is rocked to the core when armed robbers attack and leave a beautiful woman blinded. Her husband becomes less attracted to her and takes unforgiveable action. Saint Obi, Ini Edo, Benita Nzeribe.
iROKOtv | Facebook | Twitter | YouTube | Blog | Google+ | Instagram | Keek | Pinterest | BBM: 74C5ED76
Benita Nzeribeenneth OkonkwoFrank ArtusIni EdoIni edo WeekiROKOtv Star WeekJohn Dumelomuna obiekweNollywood ActorsRuth KadiriSaint ObiStephanie OkerekeTonto Dike
Share Tweet Pin It +1

Ini Edo in Dangerous Ivy – only on iROKOtv PLUS

Let's settle this: Who is the finest Ghanaian actor?

Previous PostROUND 3: Enter Now For A Chance To Win A Nokia Asha Phone!!!
Next PostINI EDO is attacked by her Step Sisters in UCHECHI THE BLIND CRIPPLE - Now showing on iROKOtv.com