Failing all the way to Success – TED Talk by Jason Njoku 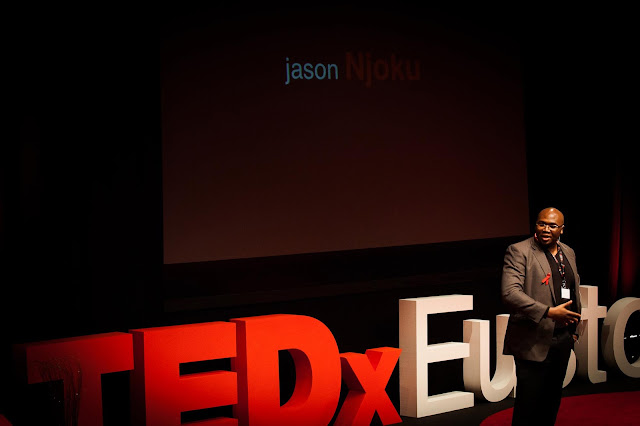 20 February 2013. London. Jason Njoku, CEO of iROKO Partners, the world’s largest online distributor of African content, was invited to speak at TEDx Euston in December 2012. In his talk, the self-confessed “Certified Failure”  broached the often taboo subject of ’embracing failure’. He documents his path to success and the many failures he had to overcome in order to get to where he is today: head of an international company with a staff of 100+ in offices in Lagos, London, New York and Johannesburg.
“I wasn’t restricted to being just a poor kid from South East London”
The lively discussion left the audience engrossed – it included laughs, some poignant moments, but most of all, an inspiring story from his early days in growing up on a council estate in London to where he is now – CEO of one of the most exciting and innovative tech companies in Africa. His passion for setting up a business in Africa is compelling and he implores young people to do the same as him – take their dreams, ideas and passions and run with them – all the way to Africa, to realise the many opportunities there.
“People don’t fear failure, they fear shame”
You will not fail to be inspired by Njoku’s candid and passionate talk.
Watch Jason Njoku’s TEDx video here:
Africa businessFailureiROKO PartnersiROKOtvJason NjokuNollywoodSuccessTEDx
Share Tweet Pin It +1

Yul Edochie and Angela Okorie in… WONDERS SHALL NEVER END

Love Nollywood? Vote For iROKOtv as Company of the Year!